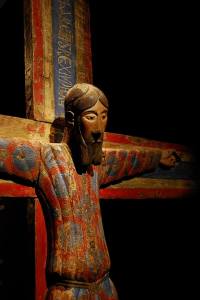 The Romanesque Period began around approximately 1000 AD. This style was seen throughout Europe until the rise of the Gothic style in the 13th century. Romanesque architecture retained many basic features of Roman architectural style, while both sculpture and painting were characterized by a very vigorous style. Painting was similar to the Byzantine style of portraying iconographic themes. Works were lavishly decorated, and in architecture we saw the capitals of columns often carved with complete scenes of several figures. High relief was above all the sculptural mode of the period. Colors were striking and mostly primary. This was the period where stained glass became widely used, and in painting, art tended to be within a frame, creating a sort of tension within the composition. Figures continued to be portrayed in size proportional to their importance, and portraiture was rarely seen. The focus was on elaborately decorated themes of religious significance. To view art from this period, visit http://on.fb.me/1mCkkA

Renaissance Art emerged as a distinct style in Italy and saw a rebirth of classical culture. The goal of most Renaissance Art was to show the importance of people and nature, not just religion (a major shift from earlier periods). It tried to show people as lifelike (3-dimensional) and engaged in everyday activities, capturing the world as it is. Other characteristics of Renaissance art are that it reflected a great interest in nature, people were depicted showing an increasing knowledge of anatomy, bodies looked active and were shown moving, faces were expressive, and the use of symmetry, perspective, and light treatments became more realistic. To view art from this period, visit http://on.fb.me/1sULSH0 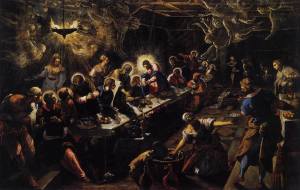 Mannerism emerged from the later years of the Italian High Renaissance, and acted as a bridge between the idealized style of Renaissance art and the dramatic theatricality of the Baroque. Mannerist compositions, in contrast to High Renaissance, were typically associated with attributes such as emotionalism, elongated human figures, strained poses, unusual effects of scale, lighting or perspective, vivid often garish colors. Interestingly, Michelangelo, the king of High Renaissance art, is said to have segued nicely into Mannerism, having been known to have a tendency toward the dramatic and emotive in his art. As a whole, Mannerist painting tends to be more artificial and less naturalistic than Renaissance painting. To view art from this period, visit http://on.fb.me/1rbqpLx 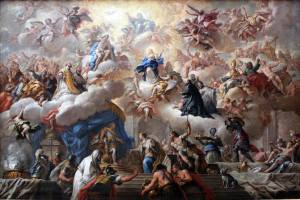 The Baroque Period in art history saw some of the greats, including Reubens, Rembrandt, and Caravaggio. It was a style that used exaggerated motion and clear detail, showing us drama, tension, exuberance, and grandeur to draw the viewer in to participate in the scene. The Catholic Church encouraged this art form as a result of the Protestant Reformation, demanding that art speak to the illiterate rather than to the well-informed. As part of a Counter Reformation, the Church wanted to re-infuse the Catholic faith with new vigor and confidence. The style exaggerated lighting and portrayed emotionally tense scenes. Images are direct and obvious, with a dramatic use of color. There are severe contrasts between light and dark, as well as light and shadow. In contrast to Renaissance art with its clearly defined planes (e.g., each figure placed in isolation from each other), Baroque art has continuous overlapping of figures and elements. Baroque works did not show everyday life. Instead, they reaffirmed the Catholic faith and glorified both church and monarchy of their influence and power with themes of grandiose visions, ecstasies and conversions, martyrdom and death, intense light, and intense psychological moments. To view art from this period, visit http://on.fb.me/1m15PWN 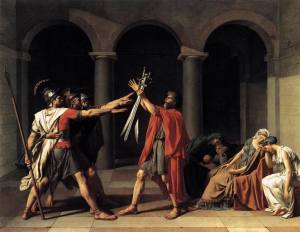 The Neoclassical Period saw a desire to rekindle the spirit and forms of classical art from ancient Greece and Rome, as well as their principles of order and reason. Neoclassicism was also, in part, a reaction against the sometimes vulgar display of Baroque art, as well as the decadent frivololity of the decorative Rococo school. Neoclassical paintings and sculptures were serious, unemotional, and sternly heroic. Neoclassical painters depicted subjects from Classical literature and history, using sombre colours with occasional brilliant highlights, to convey moral narratives of self-denial and self-sacrifice, while Neoclassical sculpture was restrained compared to the more theatrical sculpture of the Baroque style. To view art from this period, visit http://on.fb.me/1ri7H4X 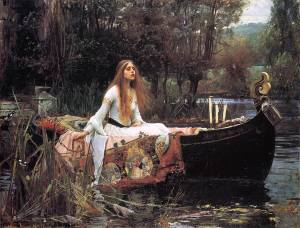 Romanticism was a reaction against Neoclassicism and is also considered a reaction to the Industrial Revolution which occurred during the same time period. It was a movement that glorified concepts such as liberty, survival, ideals, hope, awe, heroism, and despair. Romantic art focused on emotions, feelings, and moods of all kinds. It was one of the first times in the history of art that landscapes became a significant subject for painting. In addition to landscapes, religion and revolution also made up the widely varying subject matter of most paintings, while brushwork became looser and less precise. The great Romantic artist Caspar David Friedrich summed up Romanticism saying “the artist’s feeling is his law”. To view art from this period, visit http://on.fb.me/1td6H0F 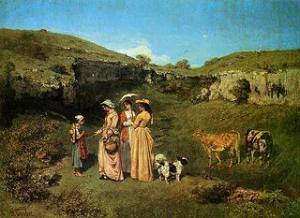 Realism was an attempt to represent subject matter truthfully, with an emphasis on the ugly or sordid. It rejected Romanticism, revolting against the emotional and exaggerated themes of the movement. Realism artists painted everyday subjects and people. They didn’t try to interpret the setting or add emotional meaning to the scenes. It is believed the invention of photography in 1840 likely helped to spur on the Realism movement. Unlike some other artistic movements, there was little sculpture or architecture as part of this movement. To view art from this period, visit http://on.fb.me/1oZ0KOJ

The History of Art in One Minute Lessons: Part 1

The History of Art in One Minute Lessons: Part 3
Scroll to top